Previous studies have identified an inverse association between melanoma and smoking; however, data from population‐based studies are scarce.

We conducted a population‐based case–control study. Cases were identified from the Welsh Cancer Intelligence and Surveillance Unit (WCISU) during 2000–2015 and controls from the general population. Smoking and SES were obtained from data linkage with other national databases. The association of smoking status and SES on the incidence of melanoma were assessed using binary logistic regression. Multivariate survival analysis was performed on a melanoma cohort using a Cox proportional hazard model using survival as the outcome.

Our study has demonstrated that smoking appeared to be associated with reduced incidence of melanoma. Although smoking increases overall mortality, no association was observed with melanoma‐specific mortality. Further work is required to determine if there is a biological mechanism underlying this relationship or an alternative explanation, such as survival bias. 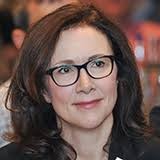 Professor Sinead Langan is a Wellcome Senior Clinical Fellow and Professor of Clinical Epidemiology at the London School of Hygiene and Tropical Medicine (LSHTM). Sinead is an Associate Director...