Colin was at the University of Glasgow between November 2012 and December 2018, most recently as Professor of Health Informatics in the Robertson Centre for Biostatistics.  He has research interests in the use of existing routine data within epidemiological studies and in the support of clinical trials and other research methods. His work spans a number of clinical conditions including cancer, healthcare acquired infections, cardiovascular disease, multimorbidity and care of the elderly.   He has been involved in developing services to provision routinely collected clinical data for research both at the Robertson Centre, jointly running the West of Scotland Safe Haven with NHS Greater Glasgow and Clyde, and before that at the Health Informatics Centre in Dundee.

Colin led the capacity building work stream of the Farr Institute, is one of the Scottish leads for training within HDR UK and has published widely in the epidemiological and data science literature.

At Health Data Research UK we work with talented research professionals from organisations across the UK.  Here you can find out more about some of our colleagues. 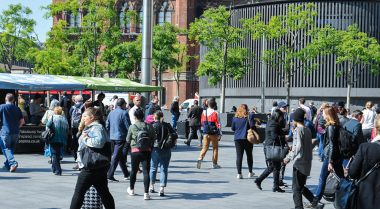 This project will work with researchers across the UK bringing together 6 different datasets which hold anonymised information on over 10 million people to explore multimorbidity in the UK at a...