Andrew was Chief Scientist at the Scottish Government Health Directorate (2012-2017) and has served and chaired numerous national and international grant committees and Governmental bodies.

His research interests span informatics and chronic diseases. He has published over 330 original papers, attracted over £50 million in grant funding and was the principal investigator of several programme grants including the Wellcome Trust United Kingdom Case Control Collection for Type 2 Diabetes, Generation Scotland, a study of the genetic health in 50,000 Scots, the Wellcome Trust funded Scottish Health Informatics Programme (SHIP), and the Farr Institute in Scotland.

In 2007 he co-founded Aridhia Informatics, which uses high performance computing and analytics in health care.

Andrew was previously Governor of the Health Foundation (2009-2017), a leading UK charity that supports quality improvement in health care, and chaired the Informatics Board at UCLPartners, London (2014-2017). He is a Fellow of the Royal Society of Edinburgh and the Academy of Medical Sciences. 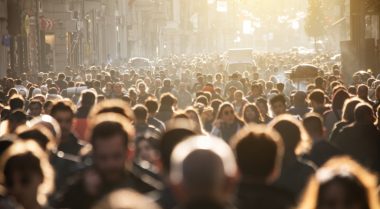 Opinion
The missing diversity in human genetics: a telling lesson for health data research
I was struck by a commentary published in Cell on 21 March, which illustrates an incredible imbalance in the population groups and participants that have contributed to genetic and genomic...

Page
Our Central Team
Our Central Team leads the delivery of Health Data Research UK’s strategy on behalf of the Executive Committee.  Each member of the team brings unique expertise from across sectors.  Whilst we...