What is the issue?

Increasing numbers of prominent scientists and politicians have called for widespread testing for SARS-CoV-2 coronavirus (Covid-19) infection in populations where only a very small proportion of people currently have active infection, with or without obvious symptoms.

But, no diagnostic test is perfect in the real world, however well it may perform in controlled laboratory settings. Science and media coverage has so far paid a great deal of attention to the problem of false negative tests, where people infected with the virus have a negative test result when they should test positive. By contrast, there has been much less discussion about the problem of false positive tests, where people who do not have infection receive a positive test result when it should be negative.

As active viral infection becomes less and less common in any population, the problem of false positive tests increases, even with the best tests. Even with an almost perfect test, the lower the prevalence of infection, the higher will be the proportion of false positive results among all the positive results. This is really important for countries where the percentage of individuals in the community who are actively infected is currently very low, for example the UK, where <0.1% had active infection in early August 2020, according to the Office for National Statistics infection survey.

Explore and understand this issue with our interactive tool

We have produced a simple, transparent, interactive tool to help policy makers, the scientific community, health professionals, journalists and the public understand the problem of incorrect test results, especially false positives. It demonstrates how this problem may be addressed by doing confirmatory tests in people who are at very low risk of actually being infected and whose first test returns a positive result.

As an example, with an infection prevalence1 of 0.05% or 1 in 2,000 (the average community prevalence in the UK in early August) and very optimistic test performance measures (sensitivity2 of 80% and specificity3 99.9%), the chance of a positive result being truly positive will be only 29% with one test. This increases to almost 100% if a second test is also positive. However, the percentage of positive results that are truly positive can fall to unacceptably low levels when infection is very uncommon in the population and test specificity is less than excellent.

We conclude that the crucial roles of extremely high test specificity and of confirmatory testing must be fully appreciated and incorporated into policy decisions to avoid unnecessary restrictions for whole populations, and for particular individuals, arising from widespread population testing for SARS-CoV-2 infection.

Find out more about the BHF Data Science Centre

At HDR UK, we are committed to involving patients and members of the public to help influence and shape our work. If you are interested in the safe access and use of health data, sign up to HDR UK Voices to learn more about opportunities to get involved.

Head over to our Health Data Innovation Gateway to explore datasets, tools, papers and related resources used in health research across the UK.

Explore our National Core Studies collection on the Gateway

Subscribe to HIVE, our e-newsletter, to keep updated on our work and other matters related to health data science. 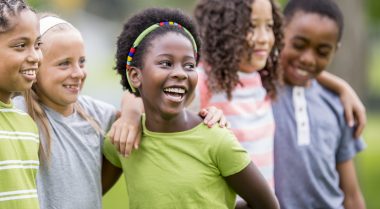 The clinical definition of long COVID in children is at present very limited and poorly understood by doctors, according to a new report published 21 July, 2021.  The report also found that... 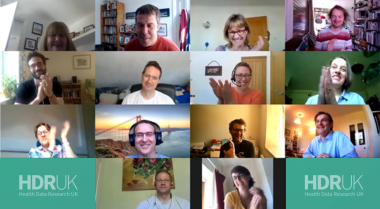 Insights in a Pandemic: Post-Event Summary

On the 23 and 24 June 2021, HDR UK and partners hosted the HDR Scientific Conference: Data Insights in a Pandemic and the COVID-19 National Core Studies Symposium. The two flagship events... 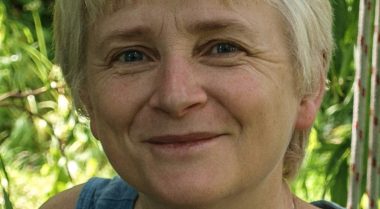