Ben Goldacre is a doctor, academic, writer, and broadcaster. He trained in medicine at Oxford and UCL, in psychiatry at the Maudsley, and in epidemiology at LSHTM. His academic and policy work is in informatics, epidemiology and evidence based medicine, where he works on various problems including variation in care, better uses of routinely collected electronic health data, evidence-based social policy, access to clinical trial data, efficient trial design, and retracted papers.

Ben runs the DataLab. This is a small multidisciplinary team of academics, clinicians and software engineers, pooling skills to turn data into useful practical tools for coalface clinicians, as well as pure academic papers. Their first output is OpenPrescribing: a live, freely accessible explorer for all individual NHS GP practices’ prescribing data. OpenPrescribing implements cutting edge data science techniques in a real working tool which is already serving over 50,000 unique users a year. Alongside this tool the DataLab have also rapidly delivered a substantial body of work describing variation in prescribing behaviour across the NHS, and the drivers of practice change. OpenPrescribing receives funding from NHS England, NIHR SPCR, the BRC, and the Health Foundation. He is also PI on the TrialsTracker programme, monitoring the reporting status of all clinical trials, and on the COMPare Trials project.

In policy work, Ben is chair of the Health Technology Advisory Board for the Secretary of State for Health and Social Care. He sits on the Ministry of Justice Data, Evidence and Science Board. He co-authored this influential Cabinet Office paper, advocating for randomised trials in government, and setting out mechanisms to drive this forwards; and conducted an independent external review for the Department for Education, on improving the creation and use of evidence in the teaching sector (the public component of this work is published here). He is the co-founder of the AllTrials campaign. He also engages more broadly with policy makers and has given evidence on numerous occasions to various parliamentary select committees including the Public Accounts Committee (withheld clinical trials and Tamiflu),Science and Technology (withheld clinical trials, homeopathy), Health (privacy and electronic patient data), and Culture Media & Sport (libel).

Ben also works in public engagement, writing and broadcasting for a general audience on problems in evidence based medicine. His books have sold over 600,000 copies; his TED talks have had over 4 million views; while being accessible to a general audience, these lectures and books are also used in university teaching around the world. His clinical work as a medic is in liaison psychiatry, on the crossover between physical illness and mental health. 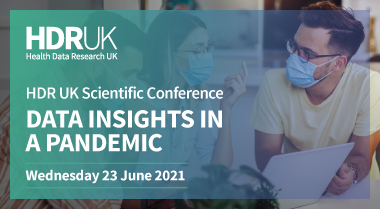 Join us at #HDRSciCon for an exciting full day virtual event showcasing the latest advancements in health data science.