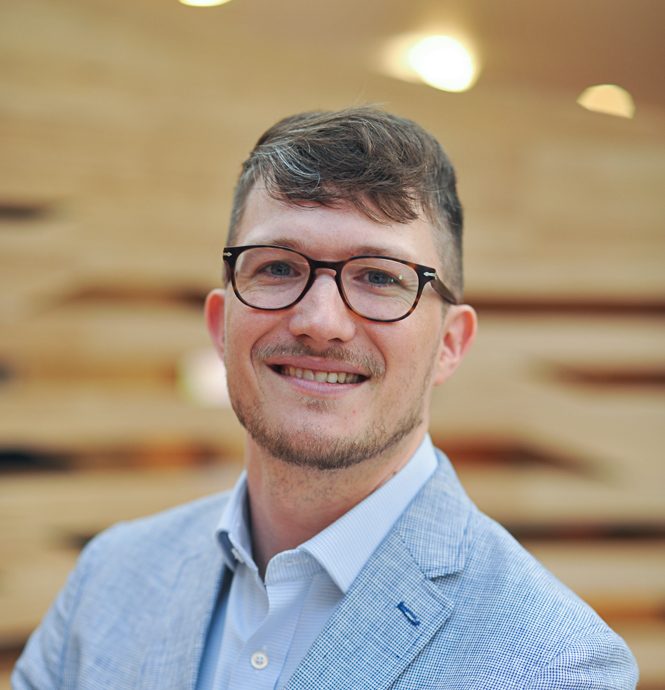 In 1545 residents of Teposcolula-Yucundaa, an ancient Mixtec town in what is now southern Mexico, experienced an outbreak of a previously unknown disease. The symptoms included a rash all over the body and bleeding from facial orifices. They called it cocoliztli, which means ‘pestilence’ in Nahuatl, and they may have asked themselves whether the cause was the displeasure of god. Blame in fact lay with travellers who had recently arrived from a far off land – Europeans who had conquered the Aztec capital of Tenochtitlan just twenty years earlier.

Ancient DNA studies now make a strong case that cocoliztli was an outbreak of enteric disease caused by Salmonella enterica, a bacteria that rarely causes human disease today. Why did the residents of Teposcolula-Yucundaa suffer such severe disease, whilst there was no corresponding outbreak in Spain? It’s spread was rapid and deadly because none of the population, unlike the Europeans who transported it, had any immunity. So many millions of indigenous Americans tragically and cruelly died from diseases such as smallpox, measles, and influenza, that it reduced greenhouse gases and contributed to global cooling, allowing Londoners to hold Winter Fairs on the frozen river Thames, thousands of miles away.

As COVID-19 spreads across the world, different countries seem to have different fatality rates. Why is this? Is this due to some underlying features of the population, differences in the health care system, differences in behaviour such as wearing face masks or better social distancing, the number of tests carried out, the way that cases are counted, or something else?

Every case fatality rate you have read is fundamentally flawed. To know how deadly a virus is, you need to know two things: the total number of people infected; and the numbers who died. You then simply divide one by the other and multiple by 100, as with any percentage. It sounds so simple, but collecting the data on both numerator and denominator is challenging.

To know the number who are infected with SARS-CoV-2 (the denominator) you need the total number infected in a particular location, from those who have died, to those who had mild disease, and including those who had no symptoms at all. All need to be included. If you don’t know how many were asymptomatic (and it is at least 18%), you can calculate the symptomatic fatality rate, but it is defined as the proportion of those who had symptoms that went on to die. The true number infected cannot be measured with any confidence until the much anticipated serology testing is rolled out, which detects antibodies as a marker of a past coronavirus infection.

The numbers between countries vary so much because of who is being tested and who is not, particularly whether they are testing those with mild disease or not. Germany tests everyone with mild disease, and so most people tested are healthy young adults, which appears to push down the fatality rate. They are also testing more young people than other places, helped by the fact that the outbreak started in skiers returning from the Italian Alps. Italy, like the UK, only tests those with severe disease. This does not necessarily make the UK’s actual death rate higher than Germany – it artificially inflates it, by not including mild cases in the denominator. It is an error in the calculation, a glitch in the code.

Counting the number of deaths (the numerator) appears more straightforward. Surely a COVID-19 death is easily known and recorded? Not so. Each country has a different way of measuring COVID-19 deaths. When I was conducting my PhD on influenza virus, one of the challenges was that influenza was often not recorded on the death certificate as a cause of death. Instead, pneumonia may have been given as the cause, with no mention of a specific virus. A case of pneumonia may be due to many viruses, not just SARS-CoV-2. Is a pneumonia death recorded as COVID-19 or not?

Comorbidities are also relevant here, as many COVID-19 deaths occur in people with other health conditions. Some places discount deaths where there are comorbidities such as hypertension; others, including Italy, include these as a COVID-19 death, even though the person may have died of a heart attack with COVID-19, rather than from it. Similarly, some places include suspected COVID-19 cases based on symptoms, others only include laboratory-confirmed cases, where the virus has been detected.

In short, comparing the death rate from COVID-19 between the UK and Germany, or Italy and China, is fairly meaningless. For now. A new study sidesteps these challenges by comparing the differences within a country, rather than between them. This removes other variables that could affect the results, such as who is being tested, or how deaths are recorded. Researchers from Hong Kong looked at the speed of virus spread and the case fatality rate in different Chinese cites, and showed a correlation with GDP per capita, a measure of overall wealth, and the number of hospital beds.

The case fatality rate in China differed hugely between cities. Why should this be? The authors showed that places with higher fatality rates broadly (but not always) had both lower GDP per capita and less hospital beds. Although only a correlation, and not a perfect one at that, it is a striking comparison. The fatality rate was less than 1% in Zhejiang, Guangdong and Jiangsu (there were no deaths recorded in Jiangsu), where GDP is between $1.3-1.7, compared to GDP per capita of less than $1 in Xinjiang and Hainan, which saw fatality rates above 4%.

The number of hospital beds in China varies from 4 per 1000 population in Guangdong to more than 7 in Sichuan – the correlation here with fatality rates was weaker, but still significant. The charts can be found online.

This could also explain why Germany seems to have a low fatality rate. As well as testing more young people, Germany has a high number of hospital beds per person, at 6 per 1000 people (Japan has a stonking 7.8). This compares favourably with Italy, with just 2-3 beds per 1000 people. The UK and US each have about 2 beds per 1000 people. The number of hospital beds in the UK, especially in intensive care units, was a big factor in the decision to tighten social distancing and in the building of the new Nightingale Hospital in London (completed in an astonishing nine days) – measures which should be effective at reducing the number of fatal cases.

The virulence of a virus is defined as its ability to cause disease. However, intrinsic properties of the virus are only one factor in the number of deaths it will cause. Each society has underlying differences and responds in different ways, for good or ill. Once serology testing is rolled out, we can truly know how deadly COVID-19 is, allowing us to more accurately compare different locations. If poverty is truly the biggest predictor of severe disease, then we will know how to prepare for future pandemics. 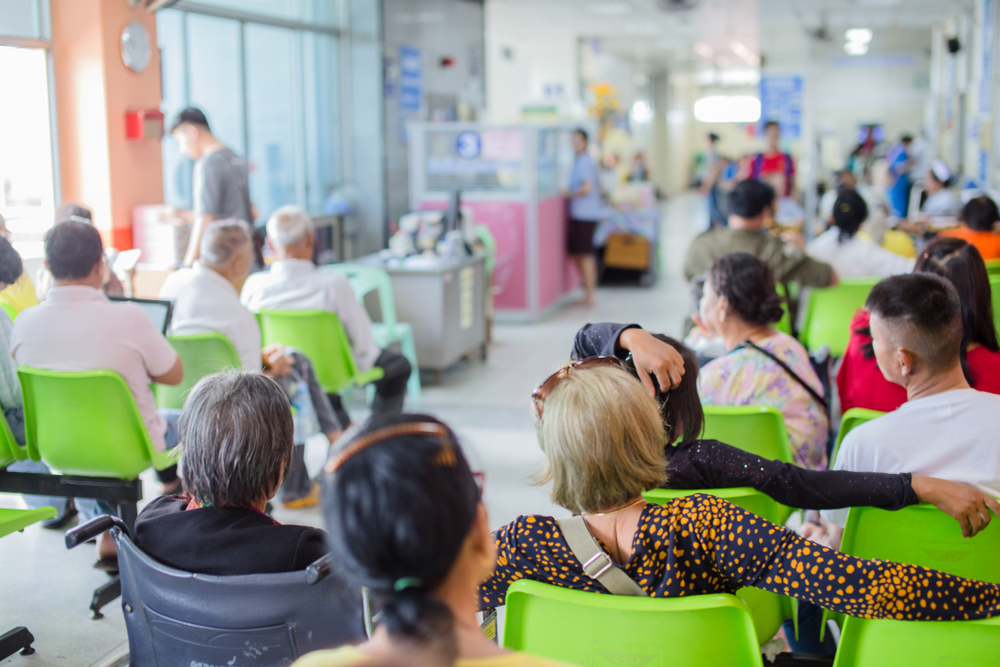 The release of the government’s five-pillared testing strategy is very welcome. However, the word “random” is conspicuous by its absence from the accompanying report (Coronavirus (COVID-19):... 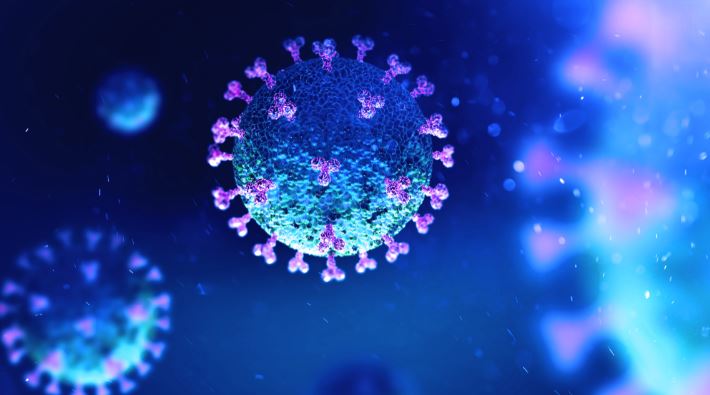