We have all seen the headlines with the continually rising number of deaths attributed to COVID-19 in the UK. The current confirmed count more than 40,000 at the time of writing.

But according to Professor Cathie Sudlow, who is director of the Health Data Research UK (HDR UK) Scotland and the HDR UK British Heart Foundation Centre for Cardiovascular Health Data Science, this number does not reflect the full impact of COVID-19 on the UK population.

“The pandemic is causing an awful lot of other deaths which aren’t recorded in the official death toll. These fatalities are the result of reduced hospitals activity during the pandemic, meaning more people are dying from conditions like from cancer, strokes, and heart attacks” says Cathie.

Rather than just looking at the deaths directly attributed to the virus, Cathie believes that tracking total excess deaths – how many more people have died in a given time period than would be expected – is the only way to see the real impact of the pandemic.

“Monitoring excess deaths tells us how many more people are dying than you would expect based on the same time period over the past five years, and it’s one of the best ways of capturing the net impact of COVID-19,” she explains.

“You could track hospital admissions, but the number of people admitted to hospital often depends on the local situation. Or you could count deaths attributed to COVID, but this may not be officially recorded if there’s no accompanying positive test result. It’s only really by looking at the totality of excess deaths that you have an indisputable number that captures the totality of the negative effects of the pandemic.”

To visualise the impact of COVID-19 on total and excess deaths, Cathie and her collaborators from the University of Edinburgh have developed TRACKED – an online interactive dashboard for monitoring mortality trends which extracts and visualises publicly available data from regional authorities across the UK. The web-based tool is now publicly available at trackingexcessdeaths.com

“The Office for National Statistics (ONS) publishes data about deaths in England and Wales,  the Northern Ireland Statistics and Research Agency (NISRA) does the same in Northern Ireland, and the National Records of Scotland (NRS) covers Scotland,” she says. “Each of them publishes death data every week, and if you go to their websites you’ll find an Excel spreadsheet with lots of data in it.”

TRACKED automatically extracts the data about deaths from these websites every week and displays it graphically, making it easier to visualise and understand. It also calculates the number of excess deaths compared with the expected number for the time of year, and the proportion of these extra deaths that are directly linked to COVID-19.

Cathie and the team reviewed the data from the tracker in detail and published their findings in a preprint in June. At the time they published it, they calculated that there were 56,961 excess deaths in the UK, of which 8,986 were not directly linked to COVID-19.

“Tracking excess deaths over time and comparing data across countries gives you an excellent idea of how the effects of the epidemic are trending in different parts of the UK,” says Cathie. “Generally, we saw a big spike in excess deaths in April and May, as you would expect. But the spike was smaller in Northern Ireland and Wales compared with England and Scotland.”

TRACKED makes death data easily understandable to the public and official bodies such as SAGE, which provides scientific advice to the government. Cathie also suggests that it could also be useful for public health authorities and national level planners who want to check that things are staying on track, or to make comparisons across the UK and see how the different policies in the devolved nations have affected outcomes.

Cathie and her team are also working on another tracker that visualises the changes in hospital activity caused by the pandemic (hospitalactivity.com). She hopes that the two tools can help us fully understand the impact of the pandemic and plan for whatever may happen in the months and years ahead, even when the COVID-19 pandemic is over.

“These kinds of tools could be applied to any health crisis. For example, in 2010, people were worried about the health effects of air pollution caused the Eyjafjallajökull volcano eruption. Our tools could monitor the impact of something like that on health in the UK,” she says. 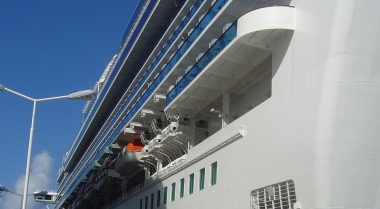 How dangerous is COVID-19? Lessons from the Diamond Princess cruise ship 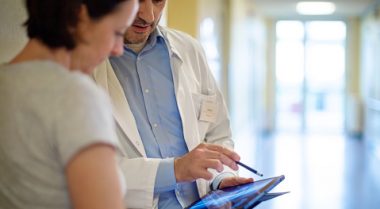 A recent episode of panorama highlighted the difficulties the coronavirus pandemic is causing for people living with cancer. The show featured work by researchers from the University College...

Does your ethnic background put you more at risk from COVID-19?

As the COVID-19 pandemic unfolds, there have been reports that patients from Black and minority ethnic backgrounds are more likely than white people to end up in hospital from the disease and to...