A recent study of COVID-19 cases from six countries suggests that children and those under 20 are half as likely to become infected than older adults. The study was co-authored by Dr Rosalind Eggo from the London School of Hygiene and Tropical Medicine (LSHTM), a UKRI-funded Health Data Research UK Fellow.

She explains: “We had seen that right from the very earliest phase of the epidemic in Wuhan there were very few reports of children being infected.

In search of answers, the research team, led by LSHTM’s Dr Nicholas Davies, collated publicly available data on cases of COVID-19, provided in scientific research papers or websites. The data included patients’ ages and clinical symptoms but were not linked to any information that could identify the people involved.

The team developed a mathematical model of how the virus could be passed from person to person, which could be sliced and diced by age group. They fitted the model to the data they had collated, which mainly came from the first countries to be affected by the outbreak: China, South Korea, Singapore, Canada, Japan and Italy.

To visualise how people of different ages in the gathered data were mixing with one another, the researchers created something known in the epidemiology world as a ‘contacts matrix’.

When the researchers looked at the timings of measures to control the virus’s spread, such as school closures or lockdown, and checked them against their matrix they found that children appeared to be about half as susceptible to picking up the infection as adults.

“That has really big implications for how we can try and control the epidemic,” Rosalind says. “So if children aren’t getting infected then interventions aimed at them such as the closure of schools wouldn’t have such a big effect.”

The team has since carried out a review of data from more than 6,000 international studies of COVID-19 – the largest analysis of its kind –  to further understand infection and transmission of the virus in children.

Its findings backed up those from their earlier study, showing that children and young people had 56% lower odds of catching COVID-19 from an infected person compared with people aged over 20.

But there are still many unknowns. As yet, we don’t know why children seem to be less susceptible to the infection.

Rosalind adds, “The major problem with answering these questions is that there are very limited data available. A lot of the studies in our larger analysis come from China, which is because they had the early epidemic and a lot of good epidemiological investigation happened there.

“But if we are looking for a biological mechanism or effect, if all of your studies come from only one place you don’t know if it’s going to hold up everywhere. So we need more data to really understand what’s going on, from a range of different countries and locations.”

Children returning to school in September in the UK and elsewhere could present an opportunity to gather more useful data about the risks of COVID-19 transmission in schools, families and the wider community.

“All the data in the study came from countries where schools had already closed,” Rosalind explains. “If we could use data from places where schools didn’t close, or have re-opened, then that would also help us understand a bit better the role of children in transmission.” 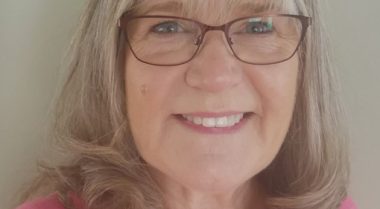 CO-CONNECT: A layperson’s perspective on using health data, building trust and the benefits of sharing

Karen Mooney, one of the Public and Patient Involvement team members for the CO-CONNECT project, guest-blogs on how getting closer to data has shifted her perspective. 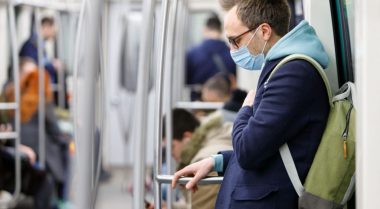 Overview The REACT (REal-time Assessment of Community Transmission) study has been a highly influential source of reliable, near real-time data for healthcare leaders and government. This paper...