Over the last few years, discussions of gender identity and the use of pronouns have become increasingly common in the news and on social media. Public figures such as Elliot Page, Caitlyn Jenner, Sam Smith, and Jonathan Van Ness have helped increase awareness of transgender issues and non-binary identity. Whilst the wider understanding and acceptance of gender as separate and distinct from biological sex has improved, there is significant progress still to be made and many transgender and non-binary individuals continue to face considerable abuse and discrimination in many areas of their lives. In July of this year, New Zealand weightlifter Laurel Hubbard, who is a transgender woman, came under intense scrutiny when she competed in Olympic Weightlifting at the 2020 Tokyo Olympics, with many people arguing that her participation in the event placed her at an unfair advantage compared to her fellow athletes. More widely, transgender and non-Binary people are at increased risk of homelessness and physical and verbal abuse in both public and domestic settings.  People with gender expansive identities are also more likely to experience struggles with their mental health including gender dysphoria, body dysmorphic disorder, and anxiety and depression often related to their gender identity.

Creating a safe and inclusive environment at work makes a real and tangible difference in allowing people to be themselves and express their gender identity without fear of discrimination or harassment. In the same way that we would always endeavour to use the correct name when referring to someone, we should also be ensuring we are using the correct pronouns, simply as a sign of respect towards them as an individual. Using the incorrect pronouns – known as misgendering – can be a particularly painful and triggering experience for someone who is trans or non-Binary, and even for cis-gendered people it may be rude or even racially insensitive. Put simply, we may not always be able to tell someone’s gender from their physical appearance, or their name, and we should therefore be taking steps to ensure we are aware of and using the correct pronouns. At HDR UK we engage with a wide community – made up of research institutions, public sector organisations, patient communities, and the wider public – it is therefore particularly important that we visibly show allyship and support for the trans community in terms of both individual impact and a wider demonstration of inclusivity within our organisation. By creating opportunities to offer and ask for pronouns we can ensure that our we are fostering an environment where people of all gender identities feel safe and included. This may include adding our pronouns to email signatures and other communication platforms including slack, introducing ourselves with both our name and pronouns in meetings, and inviting others to do the same if they are comfortable, and avoiding the use of gendered language in both written and verbal communication (e.g. ‘everyone’ rather than ‘ladies and gentlemen’, ‘team’ instead of ‘guys’).

Whilst gender identity is a complex issue and using pronouns in everyday language can take some getting used to, it is an important way we can ensure that everyone we interact with – both internal and external to our organisation – feels respected and valid.

Learn more about the use of pronouns 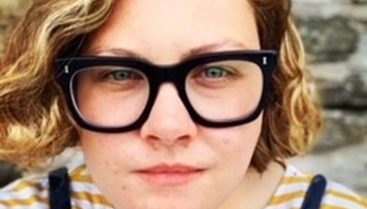 Tammy Palmer – Head of People, Health Data Research UK (HDR UK) If you look at this photo of me, what do you see? Probably nothing remarkable and why would you, when you meet me in person or... 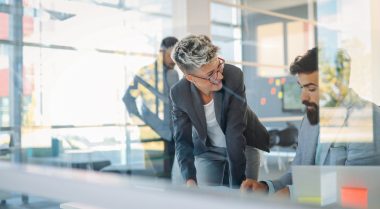 One of the things I didn’t really anticipate when I moved from Liverpool to London is how many people would focus on my accent, mention it to me and even mimic me! My role has always required me... 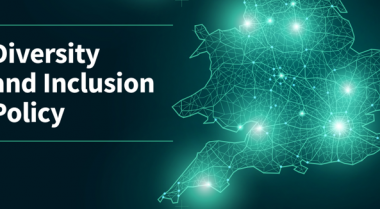 At HDR UK, we know that we can do more and deliver better results by bringing together a wide range of people, skills, ideas, opinions, beliefs and experiences. This is how we define diversity and...