Harnessing the power of health data, HDR UK will develop and apply cutting-edge data science tools and techniques to address the most pressing health research challenges facing patients and the public.

The members of the HDR UK non-executive Board include:

The Board will convene for the first time on 9 November. The appointment of the non-executive Board follows the announcement in March of Professor Andrew Morris as Director of HDR UK and confirmation of Dr Graham Spittle’s appointment as Chair of the Board.

“The emerging HDR UK Board brings together a wealth of knowledge and expertise. In tandem with the executive team, the Board will bring passion and vigour to the goal of maximising health benefits from data science.”

Members of the non-executive Board share collective responsibility for the effective governance and development of HDR UK, setting its major policies and agreeing the strategic direction with the Institute Director. A small number of additional appointments to the Board will be made over the coming months.

Dr Spittle’s other posts have included:

Sir Alex Markham is Professor of Medicine and Director of the MRC Medical Bioinformatics Centre in Leeds.  He has made various contributions to medical science, is a physician and pathologist, and trained initially in medicinal chemistry.  His commercial experience includes cancer drug development and introduction of DNA Fingerprinting for medico-legal applications (Queen’s Award for Technological Achievement in 1990).

A Fellow of the Academy of Medical Sciences, he served as Chairman of the National Cancer Research Institute (NCRI) establishing the National Cancer Intelligence Network, and has been a member of the UK Clinical Research Collaboration Board and the National Institute of Health Research Advisory Board. He was a member of the Government’s Cancer Reform Strategy Advisory Board, has chaired numerous MRC and Wellcome Trust Committees and was a Trustee of Arthritis Research UK.  He chaired the Translational Medicine Board for MRC and NIHR under the auspices of OSCHR, and was SRO for the NIHR Research Capability Programme.  He now chairs the OSCHR Health Informatics Group.  He is chairman of the Lister Institute of Preventive Medicine.

Professor Markham was Chief Executive of Cancer Research UK until 2008.  He received a knighthood in the 2008 New Year’s Honours for services to medicine.  He is a non-executive director of the Medicines and Healthcare Products Regulatory Agency, Medicines Discovery Catapult and UK Biobank.  He also contributes to numerous European oncology initiatives, including the German Consortium for Translational Cancer Research.

Professor Jonathan Montgomery is a Professor of Health Care Law at UCL. In addition to his academic work, Professor Montgomery holds a number of national public service roles including Chair of the Nuffield Council on Bioethics and Chair of the Health research Authority.

Professor Montgomery has chaired the Advisory Committee on Clinical Excellence Awards, the Human Genetics Commission and the UK Clinical Research Collaboration Working Party on a Strategy for Brain Tissue Banking. He was a member of the Committee on the Ethical Aspects of Pandemic Influenza and the Organ Donation Taskforce (for its work on presumed consent in 2008) and a member of the Medical Ethics Committee of the British Medical Association from 2003 to 2008.

He served on NHS boards in Hampshire and the Isle of Wight for over twenty years. His most significant research contributions lie in the field of Health Care Law.

Professor Sir Jim Smith is Director of Science at Wellcome and Senior Group Leader at the Francis Crick Institute. He joined Wellcome in December 2016. He is responsible for leading the Science Division, developing Wellcome’s science strategy and managing a broad portfolio of research.

Professor Dame Janet Thornton is a Senior Research Scientist at the European Molecular Biology Laboratory – European Bioinformatics Institute on the Wellcome Trust Genome Campus at Hinxton, near Cambridge, UK.  She was Director of the Institute from 2001-2015. EMBL-EBI provides core bioinformatics data and services and performs bioinformatics research.

Professor Thornton’s research is focused on proteins, especially their structure, function and evolution. She is a computational biologist, working at the interface of biology with physics, chemistry, and computing. This includes a detailed analysis of enzyme biocatalysts, their mechanisms and the evolution of new functions. Her group is also investigating the molecular basis of ageing. She has published more than 500 scientific papers, was elected to the Royal Society in 1999 and is a Foreign Associate of US National Academy of Sciences. In 2012 she became a Dame Commander of the Order of the British Empire for services to bioinformatics.

David Zahn is Head of European Fixed Income at Franklin Templeton Investments, a global investment management firm, and has worked in asset management for over 20 years. He undertakes voluntary work in the healthcare and education sectors and participates on several charitable boards including The Health Foundation where he is Chair of the Investment Committee. He is a Trustee of the Medical Research Foundation.

Mr Zahn has had extensive experience in volunteering through the CFA Institute, a global not-for-profit association of investment professionals that awards the Certified Financial Analyst (CFA) designation. 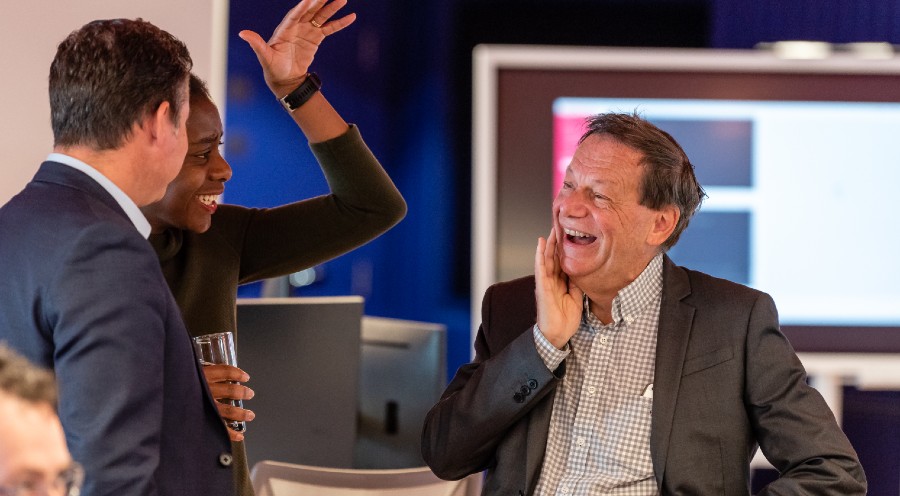 Meet our Senior Leadership Team who are responsible for setting, developing and monitoring the strategic direction our organisation and ensuring we meet our ambitious goals.

We are an independent, registered charity supported by 10 funders, working across 31 locations within the UK, with our Central Team based in London.