“Bringing the gifts that my ancestors gave, I am the dream and the hope of the slave.” – Maya Angelou

This Black History Month I have been invited as HDR UK’s only Black Fellow to reflect upon my career journey. Since my own history is Black History, both the history I make with my life (if any) and the history of my family, I will reflect a little bit on both.

Earlier this year my grandmother passed away in a care home, as many people did during the spring peak of coronavirus. She was born in 1929 on one of the largest plantations east of the Mississippi River, to sharecroppers, at that time a common trade of families descended from people kidnapped from Africa, trafficked, and enslaved. She was a brilliant woman who graduated two years early from her segregated rural high school because she was so ahead of her peers. However in 1940s America there weren’t many academic paths for a Black girl like her from an impoverished family in the South. One way in which I take after her was that she was a whizz with numbers; a self-taught bookkeeper, she ran the finances of my grandfather’s business for decades. She was an incredibly thoughtful and well-read person on top of being very naturally bright, but the system was not prepared to acknowledge this and allow her to shine. She always had dreams I would have the chance to give full play to my talents.

Some years ago when I was already a postdoctoral researcher living in the UK, I recall a project meeting in which financial and technological issues were being discussed. I was both the only woman in the room (which happened only rarely) and the only Black person in the room (which was almost always the case). My colleagues were discussing how we in the project needed to produce documents to explain the technology we were working on and the financial implications of the technology. One of them said of the document ‘it needs to pass the mum test’ and others agreed, one saying ‘yes, it needs to make sense to someone who knows absolutely nothing, it has to be really, really simple.’

I can’t remember whether I managed to raise an objection at the time or not but it’s stayed with me for years that it was clearly shared idea in the room that mothers are people who can’t understand anything that’s not dumbed down a great deal. I thought about my own mother with a degree in Economics, being as good with numbers as her own mother, and wondered if it was having children or being a woman itself which they thought made one so thick.

One brilliant lecturer, Lorena Madrigal – an anthropological geneticist, allowed me to take her postgraduate level stats course after I had taken two of her undergraduate human biology courses and shown so much enthusiasm. That was it, and I fell in love with the power of inferential statistics. After doing some exciting research collecting genetic and ethnographic data in Latin America with her, I chose to do a Master’s by Research in Biological Anthropology at Durham University, analysing data from a UK longitudinal study. This and my PhD work at Durham skirted the line between Epidemiology and Anthropology and gave me mastery of both quantitative and qualitative approaches to data analysis.

Coming into the UK from a fragmented US system, I imagined UK health data would flow around like water and would be used constantly by researchers to tweak a joined-up health system with political accountability to the population, with data used to make sure the system cared for us all properly. I wanted to join in with that effort and gain the skills needed to do so. What I found in 2003 when I arrived was something very different from that expectation! In the intervening time, my imaginary idea of data flowing like water has apparently also taken off in the minds of others. Terms like ‘data’ lake have come into usage when we talk about UK health data in recent years, and the connotations of this on the ground could not be more different to my imagination back in the early 2000s. As I have come to know more and more about for whom the data flows and to what purpose it is put, my disquiet about flows has grown.

Even a casual look at conversations about COVID-19 data allows one to pick up on reported major issues of importance: questions of corruption, broken trust , racism, and surveillance capitalism. All of these are themes in my recent pre-coronavirus research about health data, so I see the situation as merely crystallising the issues that are already there. An important one to consider at least in this month, if not always, is the way race and racism are part of the picture. Data science isn’t a field in which Black people are very well represented. Health data science, if the make-up of HDR UK as an organisation is anything to go by, even less so.  Why? One part of the answer could be found in my experiences time after time of a frank disbelief that I have skills and knowledge in this area, even in the face of evidence. Indeed, questions of whether I have the capacity to do things it’s a matter of public record I have done successfully are persistent features of my academic life.

Academics and academic organisations ought not to think this is happening somewhere else. Plenty of data show how extreme the situation is in UK academia, a country with only 140 Black professors out of 21,000, only 25 of whom are Black women. The continual outpouring on Twitter seen in tweets using the #BlackInTheIvory hashtag barely scratches the surface when it comes to the myriad manifestations of racism.

When scholar Somdeep Sen points out the academic colleagues whose racism he has had to endure “would otherwise consider themselves to be critical or progressive scholars” I know just what he means. Crucially, he also points out that “it is only when such everyday realities faced by BAME scholars are addressed that one can graduate to an intellectual endeavour that aims to dismantle systemic/institutional racism.”

However, I don’t think it’s only the racism Black women and people of colour of all genders face within academia that’s the only issue. There are important questions about how data is used, of who suffers and who benefits, which cannot remain outside the frame. New forms of data- and algorithm-based discrimination against Black and brown people are documented daily, from passport photo problems or the gangs matrix to housing discrimination and racism in healthcare.

As the co-founder of the US-based organisation Data 4 Black Lives, Yeshimabeit Milner, points out “[t]here’s a long history of data being weaponized against Black communities.” What would it look like for HDR UK and other similar organisations to work to ensure that health data uses are not harmful to marginalised groups? Is there a will to avoid health data being used for the creation of new categories of people to subject them to surveillance and harm, whatever the public health window dressing on those harms? A combination of the desire to avoid the discomfort of asking ourselves questions about internalised racism, sexism, ableism, homophobia, and classism and the role of those things in the consequences of our work seem to leave many people in this field unable to really evaluate whether all data does is save lives.

Obviously, asking questions like these is not how you fit in, as Black feminist scholar Patricia Hill Collins has noted, but there isn’t an institution I’m part of right now where I can say I feel like I fit in and, when I look at the other faces on my zoom calls, I’m not convinced that’s only because of the questions I ask.

If you would like to share your journey or perspectives on health data research as part of Black History Month, or would like to suggest a contribution, you are very welcome to do so – please contact Melissa Lewis-Brown on enquiries@hdruk.ac.uk. 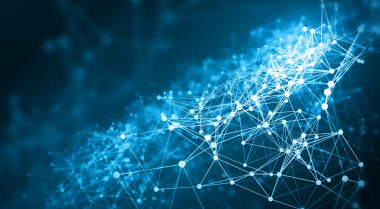