Tell us a little about yourself and your background. 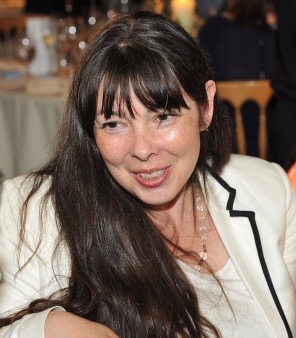 I was brought up in Belfast, studied Mathematics at Somerville College, Oxford, then worked in the charity sector for 12 years, including writing horoscopes for a feminist magazine. I undertook an MSc Computing and Information Systems, followed by a PhD in Bioinformatics at Ulster University. After a couple of bioinformatics post-docs, I lectured at Ulster University in the Stratified Medicine Centre, Derry and I’ve been in my current role at QUB since 2015.

Tell us about your current role.

I work within the domain of stratified medicine, particularly within cancer. I use statistical modelling and machine learning to identify and characterise the, often hidden, biological patterns that group patients together and are linked to how well they respond to treatments. Essentially, I use mathematics, statistics and computing to answer biological and clinical questions.

What led you to enter health data science?

It started during my MSc research project, prior to that, I was set for a career in software development. My supervisor was interested in protein structure prediction, so this was an opportunity to combine my mathematics and computing and apply it to an area that was both interesting and useful.

Having worked in the voluntary sector, I was used to a job that was vocational where you could see the results of your work at first hand. Working in bioinformatics was the scientific equivalent for me. Mathematics underpins so much of nature’s patterns, you have the Fibonacci sequence behind the number of petals in a flower, the connection between the Golden Ratio/logarithmic spiral and snail shells, and the link between knot theory and DNA modelling. Moving from predicting the three-dimensional structure of a protein to predicting which patients will respond to a treatment felt like a natural step to me.

What have been some of your proudest achievements?

I’m really proud of my students, particularly the ones who have come through a personal crisis or who have had to adjust to a condition or a new set of circumstances. I’ve been there myself, so I will support them to get where they want to go, be it into industry or academia.

Work-wise, I developed a cross-dataset classification algorithm (machine learning) derived from geostatistics and using local, rather than global, similarities. It was for working with gene expression datasets from different sources, allowing you to maintain data structure integrity, while still drawing information from the different datasets. I used it to predict that a cell line used to model ovarian cancer in the lab was gastrointestinal. I thought that I had got it wrong, so we asked a pathologist to check the prediction out. Their opinion confirmed our prediction. I love the George Box quote – or the quote attributed to him – “all models are wrong, but some are useful” – it applies just as much to pre-clinical models in the lab, as it does to statistics.

I also won a couple of awards back in 2019 – IT Professional of the Year from the British Computer Society NI, the UK TechWomen100 Award and the Irish 2018/19 Data Scientist Women in Tech Award.

Have you encountered – or do you anticipate – particular challenges from being a woman in your field?

Getting your voice heard can be tough, or respect for your professional opinion ie “your data is full of holes, we have to quarantine half of it” is a difficult diagnosis for some colleagues to hear. Some can take it quite personally, in terms of what can be inferred about their data collection skills. You have to stay true to your principles and training, and say what you see. I’m all for health data scientists signing up to some sort of an ethics statement – ie do no harm with your analysis. Integrity and empathy are key words when dealing with patient data. I have been called robust and stringent, as if I was being deliberately difficult or obtuse, I see it as a badge of honour, I’m doing my job correctly.

Saying no in work is a big deal if you’re a woman, you can be expected to be accommodating and to tidy up other people’s mess. Move out of that role and people don’t know how to react. For me, let’s say it’s a work in progress.

In terms of advice given, it was to plan your work-day based on energy rather than time. If you know a committee meeting is going to drain you, try not to schedule three student meetings straight after. In terms of those coming into the field, be clear about your ethics and principles early on. Be kind to others, it’s an under-rated quality and is not a sign of weakness. And be kind to yourself – this is a head-dweller type of job, you can’t move around, physically, as you would in a lab. Creative activities are very important, that part of your head needs worked out too. Exercise has become important to me too, I throw kettlebells around the place at some rate and have taken up boxing.

What one thing would you like to see happen to ensure that women can have flourishing careers in health data science?

I also teach, I’m the joint Course Co-ordinator for the MSc Bioinformatics and Computational Genomics. In terms of how to teach the subject, it’s interesting that women tend to perform better in Maths-related subjects when they understand the purpose of what they are doing – the “why”. To encourage more women into these roles, we need to promote the “why” behind health data science. Role models are important too – I liked the tag-line for a project by WITS (Women in Technology and Science) Ireland – “recruit, retain and remember”. It’s not just about getting women into the area, it’s keeping them there and putting a spotlight on those who have been working away.