The worldwide rise in patients with dementia is a growing problem. It is estimated that some 82m people globally will have dementia by 2030, up from 50m today. Dementia has an enormous impact on the quality of life of those affected by it – when severe, it leaves patients not only without the ability to look after themselves, but unable to do the things that bring them pleasure too. There is huge interest, therefore, to better understand dementia so that we might help prevent it developing, and more effectively treat it when it does. However, dementia is a difficult disease to study. Because it develops over the course of many years, it is hard to clearly establish which things increase someone’s chance of developing the disease. It is likely that a wide variety of factors, including genetics, behaviours, and existing medical conditions interact in a complex way to influence this process. As such, more traditional methods of studying disease development are not well-suited when applied to dementia.

In this publication, Schnier et al used the SAIL databank to find patients in Wales who had developed dementia. SAIL allows researchers to access anonymised data via a secure online portal. Crucially, it links various types of data together – including data about people’s health, basic information about where they live and work, and general information such as age and sex. This linkage of information allowed the researchers to explore whether people who developed dementia had certain things in common. And by using data which had already been collected, it increased the likelihood of discovering connections they might not have otherwise expected, and responded to the need of following people up over long periods of time, something that can be challenging with more traditional approaches.

When considered against the values that HDR UK aims to promote, and discussed in such a way as to avoid any conflicts of interest amongst our members, the Early Career Committee thought this publication stood out in October’s papers. Authors from a variety of institutions collaborated to provide a range of expertise when designing the study. Over 1.2 million patients from the SAIL databank met the inclusion criteria, almost 130,000 of whom developed dementia during the study period and so were included in the study cohort. The variety of data types involved helped ensure the study group was representative of the population at large, and the detailed description of how the authors conducted this study paves the way for other researchers to do the same for other diseases.

HDR UK’s Early Career Committee would like to congratulate and commend this team for their contribution to HDR UK’s vision of uniting the UK’s health data to enable discoveries that improve people’s lives. 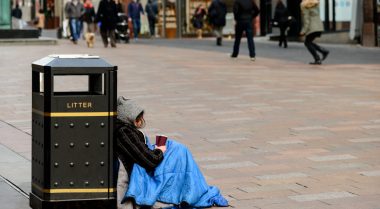 A five-year research project led by Dr Robert Aldridge at the UCL Institute of Health Informatics involved the analysis of medical records for nearly 4,000 homeless people, 600 of whom...

More than three-quarters of a million people globally take their own lives every year, to devastating personal, social and economic cost. Whilst past research has shown links between suicide and... 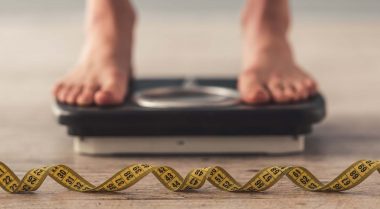 Understanding the genetics involved in obesity

Professor Cecilia Lindgren’s research at the Big Data Institute (BDI), University of Oxford, seeks to advance understanding of the underlying mechanisms involved in obesity. By applying a range...