During the month of October, we’re sharing the stories of Black people in STEM in recognition of trailblazers past and present. 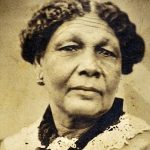 Mary acquired her nursing skills at Blundell Hall, Kingston, Jamaica where she tended to military and naval personnel recuperating from cholera and yellow fever.

Later, she travelled to Crimea and set up a hotel to treat soldiers. She was also often found to be tending to them on the frontline whilst under fire.

Grateful for her efforts, they raised money for her when she faced poverty after the war.

In 1857, a four-day fundraising gala took place in London to honour Seacole. About 40,000 attended, including veterans.

An annual prize to recognise and develop leadership in nurses, midwives and health visitors in the NHS was named Seacole to “acknowledge her achievements”.

The NHS Leadership Academy has developed a six-month leadership course called the Mary Seacole Programme, which is designed for first time leaders in healthcare.

In 1991, she was posthumously awarded the Jamaican Order of Merit. 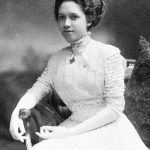 She graduated with distinction in a degree in Education in 1909 and went on to earn an undergraduate Mathematics major (and Psychology minor) from Smith College in 1914.

She gained a master’s degree in Education from the University of Chicago in 1930.

In 1943, Euphemia was the first African American woman to earn a PhD in Mathematics, which she earned from the Catholic University of America. Her dissertation was entitled The Determination of Sets of Independent Conditions Characterising Certain Special Cases of Symmetric Correspondences.

She was a professor of mathematics at the University of the District of Columbia where she was chair of the Division of Mathematics and Business Education, a department she created dedicated to training African American teachers.

The Euphemia Lofton Haynes Award was established in her honour to recognise outstanding junior mathematics majors who have demonstrated excellence and promise in their study of mathematics. 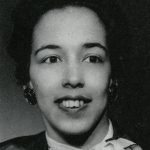 After gaining her degree, Yvonne worked in a US Army ammunition plant, a record label designing equipment, and the Tennessee State University mechanical engineering department which she chaired. She later worked for NASA and Ford.

Of the mechanical engineering society that she helped to set up in Tennessee called Pi Tau Sigma she reported in 1997 that 25% of the students in her department were female.

Her research includes researching Saturn V engines for hot spots with NASA and helping to design the containers Neil Armstrong used to bring Moon samples back to earth. 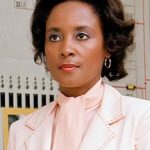 She was a leading member of the team which developed software for the Centaur rocket stage, and was one of the first African-Americans to work at NASA.

At NASA she took upon herself to be an Equal Employment Opportunity (EEO) counsellor. This was one of the formal ways that she helped her supervisors at NASA address discrimination complaints from all levels. She was also part of a recruitment effort on behalf of NASA for engineering students from numerous colleges.

Easley was posthumously inducted into the Glenn Research Hall of Fame in 2015.

On 1 February 2021, a crater on the moon was named after Easley by the International Astronomical Union. 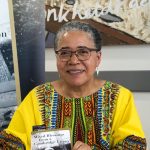 Elizabeth began her nursing career inspired by a nun who cared for her eczema. At the age of 16, she left school with seven O-levels and started to work as a school nurse assistant in  Wolverhampton.

In 1990 she was a lecturer at the Institute of Health, UCL, later promoted to senior lecturer where she taught a course for staff members who worked with communities affected or at risk of sickle-cell, cystic fibrosis, Tay-Sachs and thalassaemia.

In 1998, by then a professor of nursing, Elizabeth created the Mary Seacole Centre for Nursing Practice at the University of West London.

She holds a PhD, was appointed a Dame Commander of the Order of the British Empire and is a Fellow of the Royal College of Nursing.

Dr Donald Palmer is an Associate Professor of Immunology at the Royal Veterinary College.

His main area of research is focused on investigating the cellular and molecular interactions involved in T cell development and in particularly understanding the processes that are involved in age-associated thymic involution and immunosenescence.

He obtained his undergraduate studies in Medical Sciences at Bradford University, his postgraduate studies in MSc in Immunology at King’s College London and his PhD which involved investigating the genetic regulation of Beta-2-microglobulin in the Division of Transplantation Biology, MRC Clinical Science Centre, Northwick Park Hospital.

This was followed by a post-doctoral position at Cancer Research UK, looking at lymphocyte development in transgenic and mutant mice in the laboratory of Dr Mick Owen.

He is most proud to have a maths group named after him alongside other contemporary professors at The Richard Hale School in Hertfordshire. 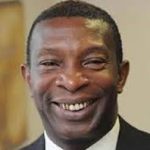 Professor Martin Levermore, a child of the Windrush generation, is the CEO of Medical Devices Technology International, a member of the PIONEER team (the health data hub for acute care), and a serial entrepreneur.

He served in the army and has a degree in Political Economics. As well as being chair of the Birmingham Commonwealth Association Trade and Business group, he is Vice Chair and Treasurer for the Nehemiah United Churches Housing Association – the largest BAME housing association in the Midlands.

He is also Chair of Medilink Midlands – a network of over 8000 contacts in over 1700 organisations from all parts of the life sciences sector, from public and private institutions, the NHS, universities, and multi-nationals to high-value start-up companies.

Martin was appointed recently an Associate NED to the Royal Wolverhampton NHS Trust and chairs the innovation, integration and research committee of the Trust.

He is HDR UK’s Chair of the Black Internship Programme Advisory Board. 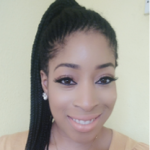 She is a co-founder of Black in Data, an organisation that cares passionately about propelling diversity to the top of the workplace agenda, in order that people of colour may feel confident, visible and heard. 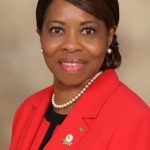 Dr Beverly Lindsay is a member of the Windrush generation arriving in the UK in 1964 to join her parents and complete her secondary school education.

From 1969 she trained and worked as a Mental Health Nurse and a Midwife specialising in Neonatal Baby Care at Marston Green Maternity Hospital.

During her nursing career she volunteered at a community organisation at a time when there was a great deal of unrest between black youths and police.

Believing she could make a difference in the community, she left nursing to work full-time as a community worker with many challenges but lots of success.

After leaving that role she established a business in 1987, Diamond Travel.

Over the past few years, she has been collaborating with Birmingham and Solihull Mental Health NHS Foundation Trust, on several mental health dialogues and conferences.

Recently she partnered with the Trust on the Patient and Carer Race Equality Framework (PCREF) report.

She currently sits on the Advisory Board for HDR UK’s Black Internship Programme. 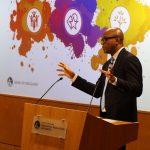 Professor Kevin Fenton is a senior public health expert and infectious disease epidemiologist who has worked in a variety of public health leadership roles in the UK and internationally including taking a leading role in London’s response to the COVID19 pandemic.

Between 2002-2012, Kevin was the Director of the National Centre for HIV/AIDS, Viral Hepatitis, STD and TB Prevention within the Centres for Disease Control and Prevention in America.

He established the led PHE’s Health Equity programme focused on addressing the social determinants of health and promoting place-based approaches to health improvement.

In 2021, Kevin became the Regional Director for London in the Office for Health Improvement and Disparities within the Department of Health and Social Care having previously held this role in another department.

Within this role, he is also the statutory public health advisor to the Mayor of London and the Greater London Authority and the Regional Director of Public Health for NHS London.

In December 2021, Kevin was appointed Chief Advisory on HIV to Government and Chair of the HIV Action Plan Implementation Steering Group to oversee the delivery of the new HIV strategy of England. He became the President of the UK Faculty of Public Health in 2022.

Kevin was awarded a CBE in the 2022 New Year honours list for services to public health. 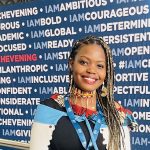 In 2018, Maureen Ng’etich she obtained her undergraduate degree from Kenyatta University, Kenya in Health Informatics.

She then completed a master’s degree in Health Data Science at Swansea University in 2022, with skills and qualifications in Data Mining and Scientific Programming.

While working in the Informatics Office at the Ministry of Health in Kericho, Kenya, Maureen started following HDR UK online and on social media.

Inspired by Andrew Morris’ talk on the benefits of Health Data Access, Maureen took the plunge and applied to Swansea University for her master’s degree and for a place on the Black Internship Programme.

“It was fascinating to see Andrew bring all the institutes together to enable health discoveries, so I thought ‘Yes! I want to be a part of this!’” says Maureen.

“When I applied for the Chevening scholarship for my MSc, I found my reasons for wanting to study Health Data Science were what I had learned from Andrew over those two years” she continues.

When she started her internship with the Black Internship Programme, Maureen’s aim was to build on already-existing approaches that translate Artificial Intelligence and Machine Learning algorithms into patient benefit in the UK.

Now, as she draws to the end of her extended placement, she aims to set up a dialogue with the local devolved governments in Kenya. Her hope is that they will move away from the paper records to a digitised primary-care system that will allow institutes to start to utilise big data to improve patient outcomes. 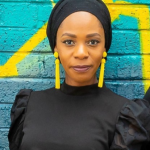 Sadiqah Musa has over 12 years of experience in Data and Analytics. She Started her career analysing seismic data for the oil and gas industry as an Interpretation Geophysicist.

With the desire to expand her knowledge and expertise, Sadiqah moved into customer and behavioural analytics. She is currently working as a Lead analyst at Trustpilot and is the founder – CEO at Black in Data where she is an advocate for increased representation of ethnic diversity within Data. 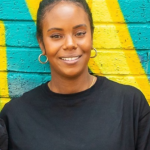 Devina Nembhard’s career in Data began by accident over 12 years ago. After unsuccessfully trying to launch a career in finance after graduating from university, she decided to try something new – Data.

After gaining experience in a variety of industries, she settled at The Guardian News and Media in 2017. She has become a specialist in the area of data that drives customer loyalty and retention, supporting marketing teams through advanced analytics, testing and strategy development.